The Best And Worst Super Bowl Ads Of 2020 One more Super Bowl is in the books.

It didn’t turn out as I had hoped, but I must say that I like that Mahomes and Andy Reid won a Super Bowl…they seem like deserving competitors that give their all to the game – you have to respect that.

We know who won the big game, but who do you think won Super Bowl Ads game – the battle for the hearts and minds of consumers?

Being champion is hard!

One thing is clear to me when watching these ads with a critical eye: it’s just as hard to be the ‘champion’ of Super Bowl Advertising as it is to be the champion of the game itself!

Creating ads that are winners to the mass market that watches the Super Bowl is no easy task!

So picking my winners and losers was not easy…I realize I’m being an ‘armchair quarterback’ here.

But…somebody has to do it! 😉

Here are my picks:

In order to qualify as a Champion in my book, the ad needed to be memorable, communicate the value proposition of the product, and be emotionally compelling:

Michelob Ultra – ‘It’s only worth it if you enjoy it’

Funny and they nailed their brand message.

Hilarious and a great demonstration of the product.

Funny, weaved throughout the game, and communicated the power of the product.

Man, you have to respect how well they know their audience – they nailed it.

A fun, theater-quality demonstration of their new electric cars!

‘Contenders’ are definitely winning ads, but not ones I’d consider ‘champions’. Here are my picks:

It’s hard to go wrong with Bill Murray as your spokesperson. Also a great demonstration of their new model.

TurboTax – ‘All people are tax people’

I mean, they did something fun with the topic of taxes. Nicely done!

Funny and actually used a ‘negative’ about their product in a positive way.

I think these ads simply failed. Better luck next season!

What? You don’t remember this one? Yeah, neither does anyone else. I can’t even find a link to it. It was 100% focused on their commodity pricing. This is exactly why the company is nearly dead.

Who drinks Mountain Dew? 16 year olds to maybe 25 year olds. How many of them even know the movie the Shining? And the commercial is about a man being violent towards his wife…loser ad.

What would you do?

It’s easy to critique these ads, much harder to create something that the world would find compelling.

What would you do differently?

If you’re an agency, are you bringing your best ‘Super Bowl-quality’ creative to your clients’ ads?

Agree with me? Disagree? Let me know your picks! 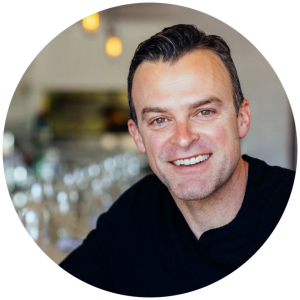 The Lab’s CEO, Mike Cooch, is a “serial entrepreneur” who generates 6-7 big ideas before breakfast (conservative estimate) each day. Mike has a Texas-sized passion for sales & marketing, business development, technology, and entrepreneurship. He has founded successful, seven-figure businesses in technology services, agency services, publishing, and ecommerce (and flopped on a variety of attempts as well…keepin’ it real!). He has three children, is an avid skier, hiker and traveler, and is loving life in his new hometown of San Diego.